Showing posts from June, 2015
Show all

On the road again

- June 24, 2015
Summertime is conference time, and I'm currently on the road with the husband. One of the best things about being a 21st C. author is the portabillity of my work. If I have a laptop and an internet connection, I'm good to go. Heck, in a pinch I can write with pen and paper, and have!
One thing I enjoy about our summer conference circuit is how being out of my usual space seems to kick my muse in the butt. A new locale, new scenery, that can churn creativity.
For example, this lovely photo in the link was the view from where I'm sitting at the Boca Beach Resort in Bocal Raton, Florida. Being surrounded by historic Florida architecture from the early 20th C. inspires me. I love thinking about the parties these walls have witnessed, weddings and celebrations, and no doubt some love affairs too.
I did get some solid writing done this morning, so being taken out of my comfort zone was a good plan. More to follow tomorrow!

The People on our Money 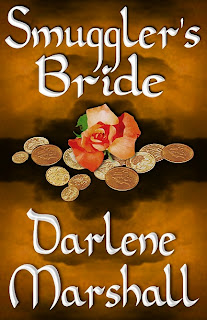 "Underfunded, understaffed, looked down on by the regular navy, despised by the merchants who paid the tariffs, the Revenue Marine was no one’s darling.
Well, except maybe Alexander Hamilton, he’d loved his revenue cutters that brought money into the Treasury, but look what happened to him, Washburn thought. Irritate the wrong people and there you are, worm food."
--Smuggler's Bride

I was thinking about the plan to put a new face on the US $10 bill, the bill now bearing the likeness of first Secretary of the Treasury Alexander Hamilton. I'm glad they're not talking about replacing Mr. Hamilton. Much as I love the idea of a woman gracing our currency in 2020, the 100th anniversary of the ratification of the 19th Amendment giving women the right to vote, it would be a mistake to overlook Hamilton's contributions to the nation.

In addition to heading the Treasury, Hamilton was a founding member of the Anti-Slavery Society, founded the US Coast Guard (aka the Rev…
Post a Comment
Read more

Day Shift by Charlaine Harris
My rating: 4 of 5 stars

I'm enjoying this quirky series set in the Sookieverse created by Harris in her earlier novels. Midnight, Texas is full of outliers, people who prefer to stay under the radar for any number of reasons. The town is a tiny crossroads and is now home to Manfred the psychic, introduced in earlier books. In addition to Manfred there are a host of other town residents, but not too many, and they like it that way.

Manfred gets caught up in a murder investigation related to a jewel heist, and he's going to need all his Midnight friends to help him through it, along with some high-powered legal help.  It's a satisfying story and I look forward to learning more about the Midnight residents and their secrets in future books.

Only a Promise by Mary Balogh
My rating: 4 of 5 stars

The marriage of convenience is one of my favorite romance tropes, and few do it as well as Mary Balogh. This latest entry in the Survivors' Club reminded me at first of The Temporary Wife, one of my all-time favorite Balogh Signet Regencies, but it's got a fresh twist here.

Chloe Muirhead is resigned to spinsterhood after family scandal and a disastrous Season. She's living as companion to an elderly duchess. When the duke's heir, wounded veteran Ralph Stockwood, returns home and is given his marching orders--it's time to take a bride--Chloe throws caution to the wind and offers herself to Ralph.

Part of what I liked about the story was how Ralph and Chloe were logical, thoughtful adults about their marriage and what it entailed. Their relationship unfolded in a fashion where you could envision these two making a go of it even if they didn't fall in love, which, of course, they do. 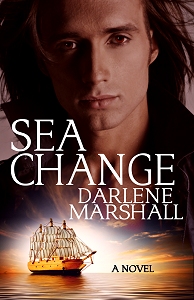 They went up on deck together, David carrying his prayer book. The men were assembled wearing their finest clothing. At the starboard rail a canvas length awaited them, sewn by Sails, weighted to carry its burden to the bottom of the ocean. It was on a trestle, covered with the flag of the United States that fluttered at the edges in the light breeze.
The crew was silent as their captain stepped forward, and a hurricane bird soared overhead, far from land but reminding them all that someday, they would return to their homes.
Some of them.
--SEA CHANGE

Today is Flag Day in the United States, the day we mark the adoption of our nation's symbol of freedom.  It was immortalized during the War of 1812 over 200 years ago with Francis Scott Key's poem, now our national anthem.  My flag is flying, as it does on all national holidays.  Long may it wave!

Don't touch that dial! Darlene's on the air! 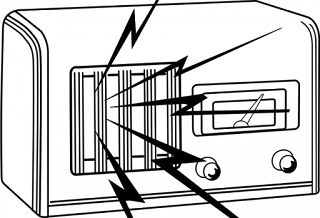 We'll be talking books, writing, romance, probably a little about film, wander off into odd topics, and bring it back around for more talk about writing romance novels. It'll be fun--I do these shows with Hank Conner at least once a year, and it's a great way to connect with folks.

You don't have to be in North Central Florida to listen, either! You can stream it live, and email in questions from anywhere in the world that you have a good internet connection. Dang, I love living in the 21st Century!

The Brightest Day: A Juneteenth Historical Romance Anthology by Kianna Alexander
My rating: 4 of 5 stars

I live in a small town in North Florida where Juneteenth is celebrated as the community remembers it took a war and the Emancipation Proclamation to free the slaves who lived here, and throughout the South.

This outstanding collection celebrates the 19th of June (and if you don't know why that's a holiday, each story explains it), and the brave women and men who were strong in the face of adversity, whether it was a Jim Crow rail car of the late 19th c. or the Freedom Riders of the 1960s. Some of the stories are Inspirationals, some are straight historical romance (with some sensuality), all are well-written and entertaining.

I look forward to reading more from these authors, and applaud them on putting together a very special anthology.

View all my reviews

Uprooted by Naomi Novik
My rating: 4 of 5 stars

I really enjoyed this fantasy from the author of the Temeraire series. It's fresh, well-crafted, has great world-building, features a non-Western European setting and best of all, passes the Bechdel test. There are women in it who talk about stuff, and do stuff, that has nothing to do with men (as in relationships with men). That is so refreshing!

Kudos to Novik for striking out in a new direction rather than resting on her deserved laurels for her previous series. I'll be eagerly awaiting her next novel, no matter where it's set.

Winding Down a Year of Reading

This week I had my final meeting with my United Way of North Central Florida Reading Pal. We'd finished the book we were reading together (Dying to Meet You, #1 in the 43 Cemetery Road series), and as a parting gift I gave her my Merriam-Webster Illustrated Children's Dictionary. I can get another one, and she always enjoyed leafing through it. I know from my own life's reading that one can have a great deal of pleasure leafing through encyclopedias and dictionaries, an experience that's simply not the same online.

We weren't scheduled to meet this week because school's ending, but she said she wanted to get together. To my surprise and delight, she pulled a book off the school shelves and read to me about libraries. We didn't have a plan or an official reason to be meeting, she just wanted to read together one last time.

I was impressed again at how far this child has come since our first meeting in September. We've gone from mostly picture filled book…
Post a Comment
Read more

The Goblin Emperor by Katherine Addison
My rating: 4 of 5 stars

One of the most enjoyable fantasy novels I've read this year, and the end kept me up past bedtime. It's a common trope done very, very well. Half-breed outsider finds himself thrust into position of authority on the throne, doesn't know who to trust (with good reason). While children often fantasize about how wonderful it would be to be ruler of the world, the reality is truly horrific. No privacy, no freedom in anything from how you get dressed to how you eat your meals, no close friends, no chance to "be yourself".

What I loved about Maia's story was...Maia. He's basically a nice guy. He's not brilliant, he's not an athlete, he's not tall and good looking, he can't even dance or ride a horse. What he can do is feel, and feel deeply. His natural empathy helps him navigate through the byzantine palace regimen and politics and stands him in good stead as he find unexpected alli…
Post a Comment
Read more
More posts 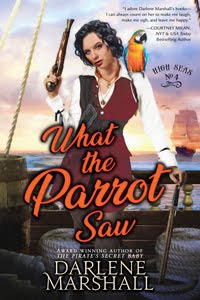 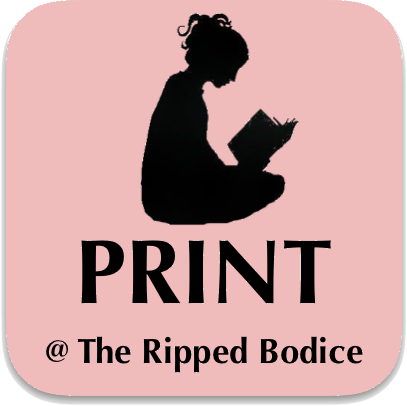